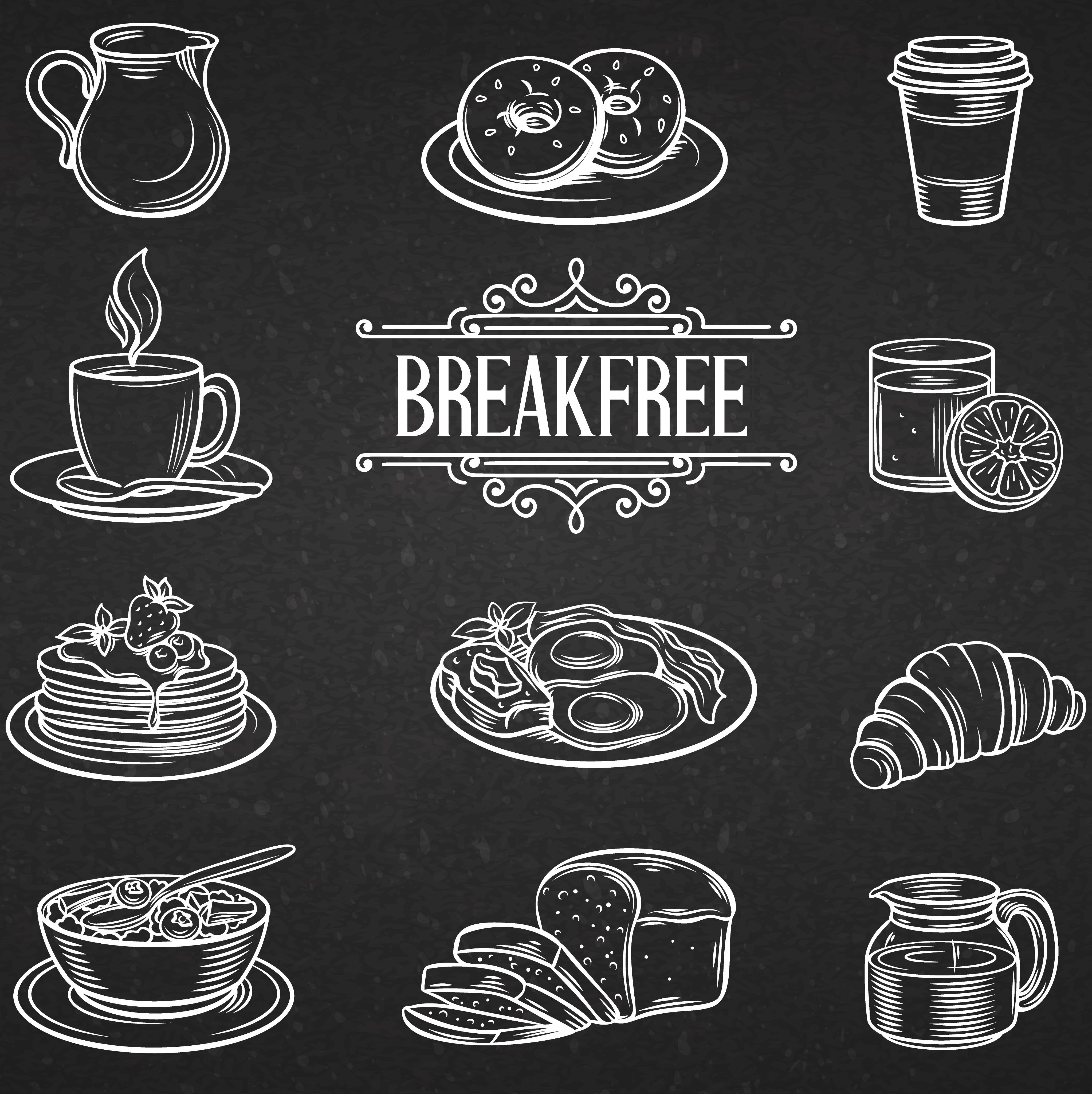 Tim Ferriss’ book Tribe of Mentors, catalogs life advice from the world’s best athletes, artists, scientists, and entrepreneurs.  Countless secrets for success are shared in the book but only three practices were common among nearly all the contributors: exercise, mindfulness, and skipping breakfast.   The first two were predictable but this rampant breakfast skipping by the glitterati called into question all the advice Tony The Tiger, Cap’n Crunch, and Toucan Sam had ever given me.  Are Frosted Flakes really Grrrreat?  I didn’t even know anymore.  So I set aside the better part of an afternoon to drill down into the real science, strange history, and to establish the pros and cons of eating breakfast.

First, the history…Breakfast is a recent creation.  The “American Farmer’s breakfast” didn’t appear on tables until around 1800, when it was eaten after several hours of hard, sweaty, greasy, shirtless physical labor, probably whilst wearing chaps or some rawhide.

Kellogg’s helping us find more ways to get candy into our kid’s diet at Easter.

There’s big money in breakfast cereal. The cereal aisle of grocery stores is insanely profitable.  A $5 box of Wheaties costs only about 18 cents to make (7 cents for the food and 11 cents for the cardboard box.)  Kellogg’s spends millions on advertising, lobbying politicians, and paying for “Heart Healthy” labels to keep sales high.  They also help fund a multi-billion dollar “scientific” misinformation campaign to confuse us into thinking their junk food is good for us.

The most recent headline from a food industry sponsored study said that people who skip breakfast are 87% more likely to have a heart attack or stroke.  In actuality, it didn’t show that skipping breakfast causes heart attacks or strokes, only a small association.  The 87% increase is the “relative risk” but the actual risk increase was only 0.2%. Buying two lottery tickets (instead of one) increases your relative risk of winning the lottery by 100% but only increases your actual risk by 0.0000003%.  Clearly, the actual risk is more informative but less exciting.  Furthermore, the study found that people who skipped breakfast were more likely to be overweight, drink too much, and smoke, further skewing their already skewed findings.

“Experts” say that breakfast is good for weight loss.  Recent studies (not funded by food companies) show just the opposite.  Also, have you ever considered the absurdity of how people who (wrongly) believe that weight management is all “calories in versus calories out”, are the same people telling us to eat breakfast to lose weight. Am I taking crazy pills, or aren’t there calories in breakfast?

Also, besides making us fatter, a high carb breakfast (like cereal) makes us hungrier because it triggers insulin.  One randomized study showed that men who ate a whole wheat bagel for breakfast ate an additional 400 calories later that day, as compared with a group who ate eggs.

Still not sure if skipping breakfast is for you? Here are some unbiased pros and cons.

Pro: Performance.  If you have the SAT’s, a 10K church fun run, or a double shift at “The Boobie Trap”, then a healthy breakfast can help maximize your potential, but for most of us, it doesn’t make a difference.  While I admit, my workouts might be a bit better if I ate breakfast; I still skip breakfast.  This way my workouts burn my belly fat and not my breakfast, which I prefer, but you do you Boo.

Pro: Quality time.  I often work late or have to stop by a strip club for five or six hours to blow off steam, but afterwards I go straight home.  Sadly this can cause me to miss dinner with my children.  Breakfast is an opportunity to have a fun, laid back meal with my kids.  I usually make my low carb pancakes with eggs, which they love.  Here’s the recipe.

Con: I’m not hungry and you probably aren’t hungry either.  As a general rule, if we aren’t hungry, we shouldn’t eat. This seems like common sense, but so many people gag themselves with processed “Nutrigrain” bars (that taste like sweetened gym mats) for health reasons.  P.S it’s not healthy.

Sadly, they were out of bacon.

Pro: Kids who eat breakfast do better in school. I’m not sure I believe this, but there’s a study out there that shows a positive association. To be clear, kids have different metabolisms than adults. I feed my daughters breakfast every day, but I don’t feed them breakfast candy, AKA sugary cereals. Next time you are in the cereal aisle shopping for your skin babies, remember that many cereals contain 40% sugar by weight and have more Roundup pesticide than added vitamins and minerals.  That’s insanity, and it’s causing our children to have acne, hyperactivity, and other health problems.  I feed the fruit of my loins, well fruit, but also organic eggs, berries, veggie sausage, avocados, organic (full fat) Greek yogurt with honey, and my home made fat bombs (recipe to follow).

In summary, I only eat breakfast when it’s with my kids and on those occasions I eat as late in the morning as possible to extend my overnight fast.  If you still want to eat a daily breakfast, that’s OK, but don’t do it for health reasons, because there’s nothing magical about breakfast.  Most importantly avoid all the gluttenous, chemically laden cereals like Wheaties, Cap’n Crunch, Raisin Bran, Fruit Loops or Snozzberry flavored Tickle-monster flakes (fortified with diphenhydramine).  That’s not real food.  When we eat that shit, we make evil sex-shaming corporations like Kellogg’s rich and we become sick, overweight, diabetic, and less likely to be picked for the dodgeball team.

Here is a link to a short bonus video that shows different ways to make keto coffee, which is often my go to “breakfast” when I’m not intermittent fasting.  Thank you for reading.  Consider signing up for my super rare but informative email alerts and if you like my content, please go ahead and repost it.

*”Most important meal of the day” was coined by ad men, not scientists, to sell Kellogg’s breakfast cereal.

Also, thanks to Abigail Smith M.D. for her contributions to this post.

3 thoughts on “The Least Important Meal of The Day”

This site uses Akismet to reduce spam. Learn how your comment data is processed.

The only email sign-up that can lower your blood pressure.